During the location-spotting frenzy which followed the initial showing of the Broadchurch crime series on ITV it was West Bay in Dorset that got all the attention.  However, what some may not realise is that Clevedon also put in an appearance.  The shots featuring the tortured-looking local priest outside his church were filmed at St Andrew's Church in Clevedon, while Hill Road featured as Broadchurch's High Street.  Scenes featuring the hotel, newspaper office and a local newsagents were also filmed there.  Meanwhile, in cinematic circles, Clevedon had its moment of fame at the end of The Remains Of The Day.  The final scene in the film was set in Clevedon and was also filmed there.

Clevedon was a very popular resort in Victorian times, and the most striking reminder of that era is the pier, which in 2013 won the Pier Of The Year award given by the National Piers Society. Work began on the pier in 1867 with not only pleasure in mind but also commercial use, as the arrival of the railway meant it was feasible to start up a steamer service to South Wales. That said, it was made to look extremely elegant, with intricate ironwork both underneath and at the end, where there is a pavilion and shelters. It was nearly demolished after it failed a stress test in 1970, but has been saved by fund raising and heritage grants. Other attractions on Clevedon's seafront include ornamental gardens and a Victorian bandstand.

The area known as Salthouse Fields is a popular recreation area during the summer months, with a miniature railway, crazy golf and other amenities.  This spot gets its name from the salt mining that began in the area during the 17th century.  The salt mine that was set up at that time is now a pub called The Salthouse, set in an elevated position with sea views.  Just outside Clevedon and close to the M5 motorway is the National Trust owned Clevedon Court, a 14th century manor house.  The property lies on Court Hill, which is a Site of Special Scientific Interest for its fascinating geology.  Another historic property on the edge of town is Walton Castle, a 17th century fort on Castle Hill, nowadays a popular wedding venue. 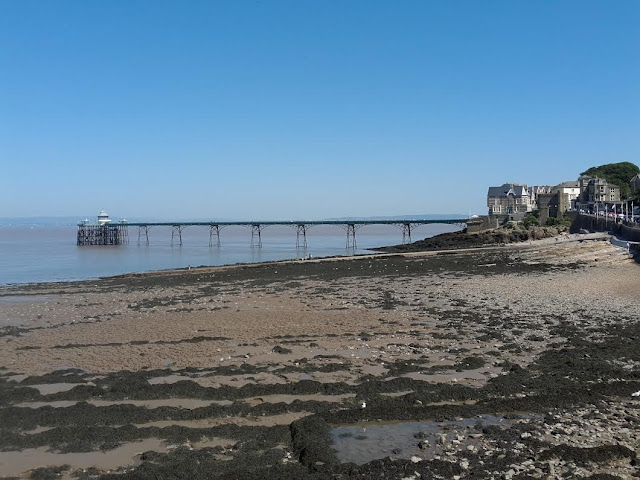