Castle Sween, which lies on a low, rocky point by a sandy beach, was built to guard Loch Sween, which was strategically important for the sea-route from Ulster to Islay and Jura. The castle was built around the 12th century by Dugald MacSween. It was built mainly in the Norman style and is believed to be the earliest stone castle in Scotland. As an aid to its role in defending the loch, the castle had its own harbour where galleys were moored ready for action. This is the part of Argyll known as Knapdale, and Castle Sween is commonly referred to as the "Key of Knapdale". The castle's chequered history came to a climax in the early 14th century, when it was besieged and captured by Robert The Bruce, displacing the MacSweens, who had entered into the service of King Edward I of England. Its final demise came in the 17th century during the Wars Of The Three Kingdoms, when it was destroyed by Scottish soldier Alasdair Mac Colla. Although the castle is located in a beautiful spot on the lochside, nowadays it has been joined by a large caravan site, which may not be to everyone's taste. Those wanting to escape this rash of modernity on the landscape may want to head a bit further south to Kilmory where a ruined 13th century castle with a medieval cross and Celtic grave slabs offers spectacular views of the Paps of Jura. 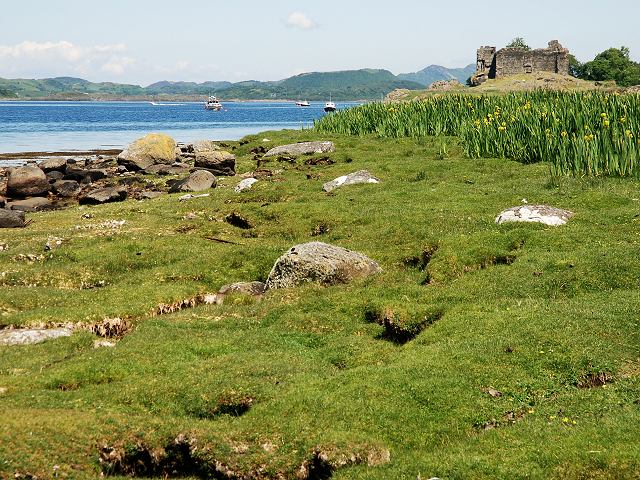