When my husband and I were staying in a cottage on the Kintyre Peninsula a few years ago we made many trips up and down the road running along the west coast of the peninsula, and he was driven mad by my insistence on stopping at Seal Point each time. Often one has to go on a boat trip in order to have any chance of seeing seals, but here it is possible to park up, grab the binoculars and wander down to a suitable spot for viewing the seals as they lounge around on the rocks in a variety of comical poses, gazing across at their admirers, no doubt wondering what all the fuss is about. The other point of interest here is that the area between the car park and the bay is occupied by an Iron Age dun, or fort. Seal Point lies on the Kintyre Way, a walking route which runs the length of the Kintyre Peninsula from Tarbert in the north to Dunaverty in the south. The walk is 87 miles long in total and can take up to a week depending on the amount of dallying involved. 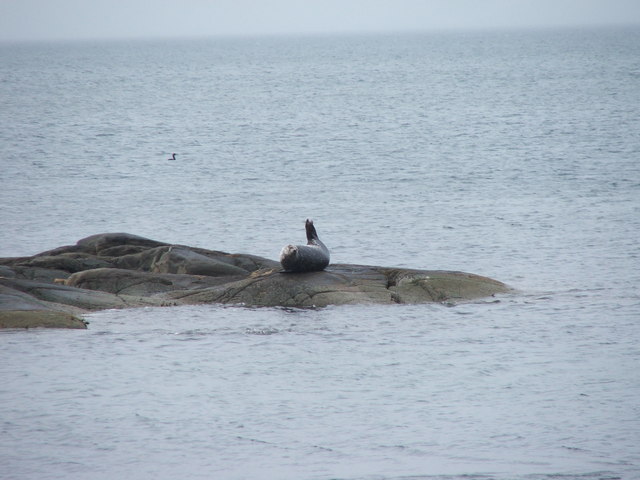 © 2006 Steve Partridge, via Wikimedia Commons
Posted by Postcards at 06:31