On the way from Campbeltown to Carradale, the hamlet of Saddell overlooking Kilbrannan Sound makes an interesting detour for history buffs. Firstly, there is Saddell Abbey, or what remains of it, which is not a lot. The abbey was founded in the mid-12th century by Somerled, King Of The Isles, a warlord who is credited with having liberated Argyll and Kintyre from the Vikings. Although not much remains of the abbey itself, there are some impressive carved tombstones dating from between 1300 and 1560 depicting galleys, warriors and priests. The other highlight at Saddell is Saddell Castle, built for the Bishop of Argyll in the early 16th century and taken over by the Campbells in the 17th century. The castle fell into a poor state after the Campbells moved into a new abode, but in the 1970s the Landmark Trust took it over and restored it to its former glory. Now, if you're feeling a bit flush, it is possible to stay at the castle which boasts fantastic views across the Sound to the Isle of Arran. The castle featured in the video shoot for Paul McCartney's Mull Of Kintyre.

Carradale is a pretty village with a small harbour, and also offers wonderful views of Arran. The Network Carradale Heritage Centre has displays on fishing, farming and forestry. There are woodland walks starting from here, as well as in the nearby Carradale Forest. Alternatively, you can walk to Carradale Point, where there are remains of a fort dating from 1500BC. The ruins of Aird's Castle are near the harbour. Carradale Bay has a lovely sandy beach, while there is a smaller beach at Port Righ Bay. For fans of old photographs, the village has a website called The Carradale Goat which has an array of old photographs of the area and its inhabitants, ranging from black and white photos taken in the early 1900s to colour images from the 1960s and 1970s. 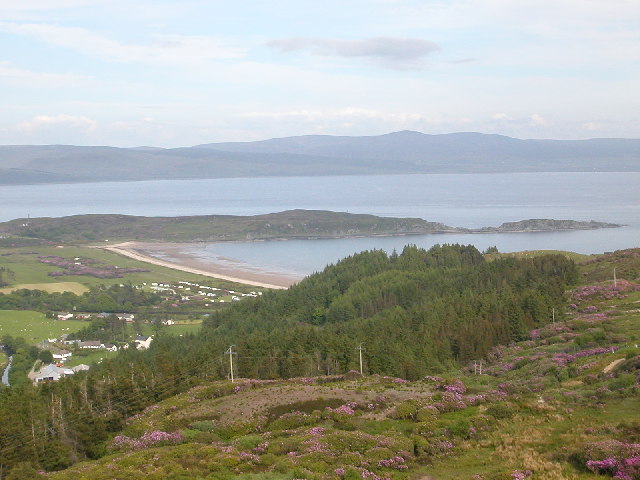