The road which hugs the west coast of the Kintyre Peninsula veers inland towards Campbeltown just as it reaches the northern end Machrihanish Bay, which means it can easily be overlooked by visitors exploring the peninsula. This would be a pity, since the bay here is magnificent, consisting of a gently curving 6-mile stretch of sand and dunes. The beach is a magnet for surfers, walkers and beachcombers, and in summer the grasses in the dunes are studded with wildflowers. For wildlife enthusiasts, there is a Seabird and Wildlife Observatory equipped with a sea-watching hide for all-weather wildlife viewing. The Observatory provides assistance with identification and lists reports of sightings, which have recently included a first-time appearance by a Surf Scroter - a large sea duck. There are also wild goats in the area, and in the sea seals and occasionally otters. The other main leisure activity on offer here is golf. Machrihanish has its own golf club, which is reckoned to be one of the best in the world. Just outside Machrihanish is an airfield which used to be an RAF station, but is now known as MOD Machrihanish and includes the airport serving Campbeltown. Going back in time, in 1905 the Canadian Reginald Fessenden built a radio transmitting station here and used the station with its 400-foot high mast to exchange a number of messages with a station in Massachusetts USA by Wireless Telegraphy. However, the station was short-lived, falling victim to a winter gale the following year. One of the best-known sons of this area was William McTaggart, one of Scotland's finest painters, who was born at Aros Farm near Machrihanish and whose works included an atmospheric painting called Machrihanish Bay. 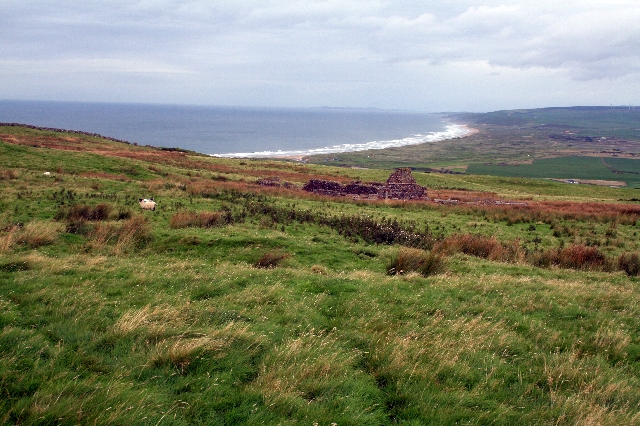