The Mull of Kintyre must be one of the best known geographical features in Scotland. This is in large part thanks to a certain ex-Beatle who moved to the area after the band split up and was so entranced by his new surroundings that he wrote a love song to it called, simply, Mull Of Kintyre, waxing lyrical about the "mists rolling in from the sea" to a suitably Scottish sounding backing. The Mull of Kintyre is the south-westernmost tip of the Kintyre Peninsula. It is a while since I went there but my overriding memory is of the journey to get to it rather than the headland itself. This involves following a minor road from the small village of Southend, which wends its way through a sparsely populated rural landscape before emerging onto a car park from which there is a short walk out to the now automated lighthouse. From here there are stupendous views across to Rathlin Island and the Antrim coast of Northern Ireland. Apart from the lighthouse, the most notable man-made feature on the headland is the memorial to those who died in a Chinook helicopter crash in 1994. 25 passengers and 4 crew were killed in the crash, which was attributed to pilot error, although this was strongly disputed. The mists so eloquently recalled by Paul McCartney have been blamed for many air crashes, and the remains of a number of World War II planes are scattered around the area. The lighthouse on the Mull Of Kintyre was designed and built by Thomas Smith and completed in 1788, although it was rebuilt the following century. 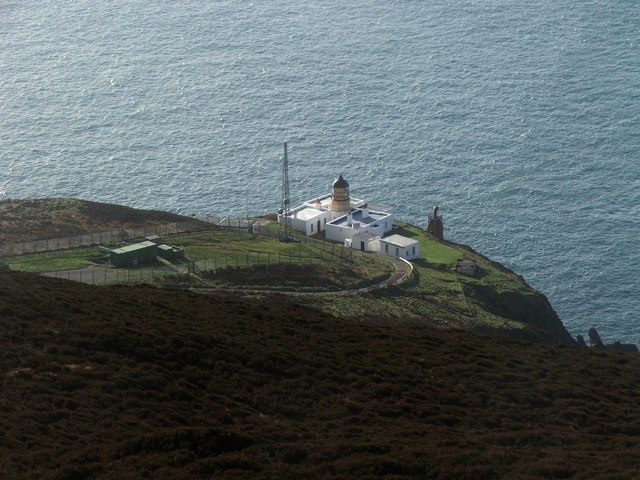 © 2007 Steve Partridge, via Wikimedia Commons
Posted by Postcards at 16:11