Heading south from Seal Point the A83, which hugs the west coast of the Kintyre Peninsula, passes through Tayinloan, best known for the ferry service linking the peninsula to the island of Gigha, before passing through the hamlet of Muasdale. A few miles further south is the village of Glenbarr, home to Glenbarr Abbey, in reality more of a stately home than an abbey. The original Barr House, seat of the Macalisters of Glenbarr, was added to by Colonel Matthew Macalister, 1st Laird of Glenbarr, who built a tall Gothic Revival block and a shorter service wing, all of which gives the Abbey a curiously "stepped" appearance. The grounds surrounding the Abbey offer lovely riverside and woodland walks. The building itself houses a fascinating collection of exhibits from life in the 18th century, including period clothing, toys and jewellery. There is also a pair of gloves worn by Mary Queen of Scots. The Abbey lies on the edge of the village of Glenbarr, which consists of a street with single-storey cottages and a church, on the north side of the Barr Water valley. 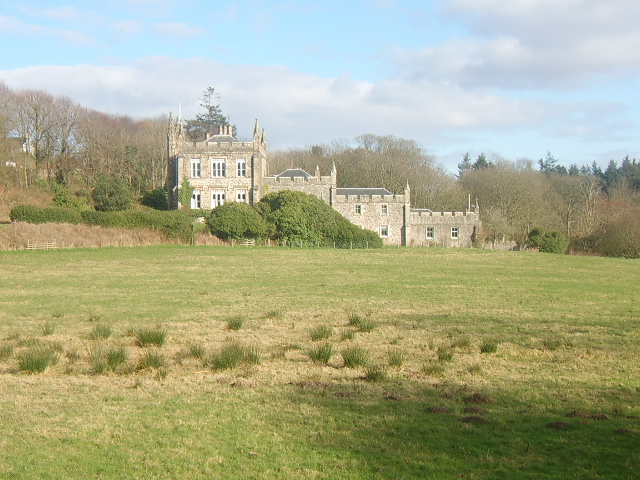