My husband and I once spent a week in a rented cottage - a former schoolhouse - in the tiny hamlet of Bellochantuy on the west coast of the Kintyre Peninsula. There was not a lot to the hamlet apart from a sprinkling of houses and a hotel right next door to the cottage, and we were concerned that we might be bored in the evenings, as we normally go in for bigger places with a range of pubs and restaurants, but we need not have worried as it turned out to be one of our best holidays ever. We knew we were in for a different kind of stay when on arrival we were greeted by a strange looking bird: too big for a duck, the wrong shape for a goose, we never did work out what it was. It had a reputation for hanging around outside the kitchen of the hotel begging for scraps. One day I made the mistake of offering it food, and there ensued an entertaining interlude with me being chased around the garden by it. The cottage was right by the beach, and the conservatory and garden at the back offered a wonderful view of the islands including Islay and Jura, and on a clear day the coast of Northern Ireland. One evening we were treated to an amazing sunset, made the more so by the silhouettes of the islands against the orange sky. We made many trips up and down the coast of the peninsula during the week, and all the while I had my eyes turned to the shoreline hoping for a glimpse of an otter as I had read that they were occasionally seen in these parts, but to no avail. Then, literally on the last morning as we were loading our luggage into the car for our departure, I happened to glance out at some rocks a short distance from the beach, and I noticed two creatures frolicking in the water. At first I thought they were seals, but they seemed the wrong shape and size. Then it suddenly dawned on me - they were otters! I frightened the living daylights out of my husband, who was in the bathroom, with my shouts and screams. And then, sadly it was time to leave. So there you have it: Bellochantuy, a place not many people will have heard of, but which will always have a special place in my holiday memory banks. 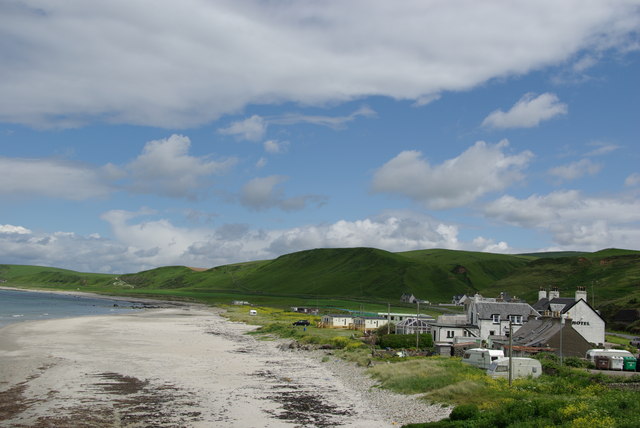