Campbeltown, on the lower east coast of the Kintyre Peninsula, used to be called Kinlochkilkerran, a Gaelic name arising from its location at the head of a loch, but it was renamed Campbeltown after Archibald Campbell, Earl of Argyll, was granted the site in 1667. The town became important for fishing, shipbuilding and distilling, but is now principally a centre for tourism and sailing. Two distilleries remain open, one of which, the Springbank Distillery, offers tours during the summer. At the head of the loch is Island Davaar, which can be reached on foot at low tide, with its lighthouse built in 1854 by the Stevensons. Near the lighthouse is a relic of World War II in the form of a lookout from which navy personnel were tasked with protecting Campbeltown by means of anti-submarine nets. The island is dotted with caves, seven in all, one of which is known for its cave painting depicting the crucifixion, which dates from the late 19th century. In 2006 the painting was defaced by someone who thought it was a good idea to superimpose an image of Che Guevara on it. However, the good news is that it has since been restored. Back in the town, there is a museum with archaeological finds and works of art, including two paintings by local artist William McTaggart. There is also a heritage centre telling the history of Kintyre. Being towards the end of a long peninsula, Campbeltown is not the easiest place to get to, but it does have its own airport near Machrihanish, offering flights to Glasgow, and there is a ferry service linking it to Ballycastle in Northern Ireland. The big event of the year in Campbeltown is the Mull Of Kintyre Music Festival, which takes place in August each year.

For other events in the Campbeltown area, follow this link.

Webcam view of the loch


Map of the area. 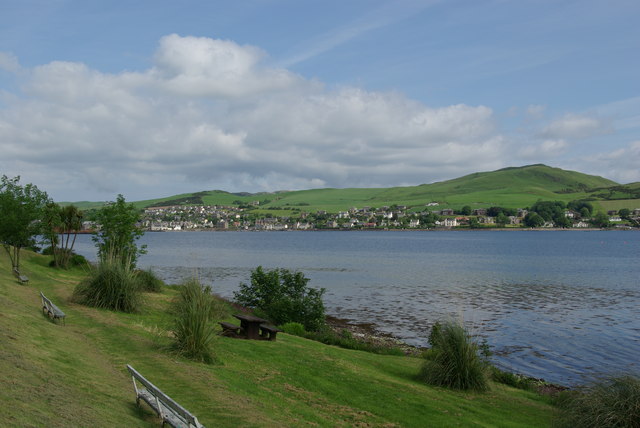