The village of Moelfre on the east coast of Anglesey consists of a cluster of houses, pubs, cafes and shops ranged around a small sheltered beach with boats hauled up onto the shingle.  The village lies on the Anglesey Coastal Path, and a short walk along the path out of the village brings you to the Lifeboat Station, which has operated since the 1830s and is still very active now.  The value of having a Station here has been proven time and again over the years, with over 1,000 lives saved.  One particularly tragic incident involved a steam clipper called the Royal Charter which was returning to Liverpool from Melbourne in 1859, carrying Australian gold.  The ship sank during a storm and ran aground on rocks near Moelfre, with the loss of almost 460 lives, making it the deadliest shipwreck ever to occur on the Welsh coast.  Charles Dickens visited Moelfre a couple of  months later, and he adapted the story of the shipwreck for a work called The Uncommercial Traveller.  Almost exactly 100 years after the Royal Charter tragedy, and almost in the same place, a coaster called the Hindlea hit the rocks on this unforgiving coast.  This time the outcome was much better, with all eight crew members rescued.  Such was the bravery shown by the Moelfre lifeboat crew in the rescue, which took place in horrendous conditions, that the Cox, Dick Evans, was awarded the RNLI Gold Medal for his part in the rescue, an award which was much deserved given his role in a later rescue in 1966, this time of a Greek freighter crew - by now Evans was 61 years old.  There is a statue of him outside the Seawatch Centre, a museum dedicated to the maritime history of the village, with an RNLI shop attached.


One of the most dramatic events in Moelfre's maritime history took place in 1157, when the village was caught up in a sea battle between the men of Anglesey and Henry II's English fleet.  However, the area's history goes back much further, and there are signs of habitation in the area going back to 2000 BC in the form of a burial chamber or cromlech.  The Romans also came through here, and left traces of their stay on the island at a site called Din Lligwy, believed to have been occupied during the 4th century AD.  Near Din Lligwy is a ruined 12th century chapel called Hen Gapel.  For nature-lovers, just offshore from the village is the small island of Ynys Moelfre, which is home to an abundance of seabirds such as cormorants and shags.  More seabirds, as well as a colony of seals, can be found on and around the nearby Ynys Dulas.  The waters off Moelfre are also a good place for looking out for porpoise and dolphins. 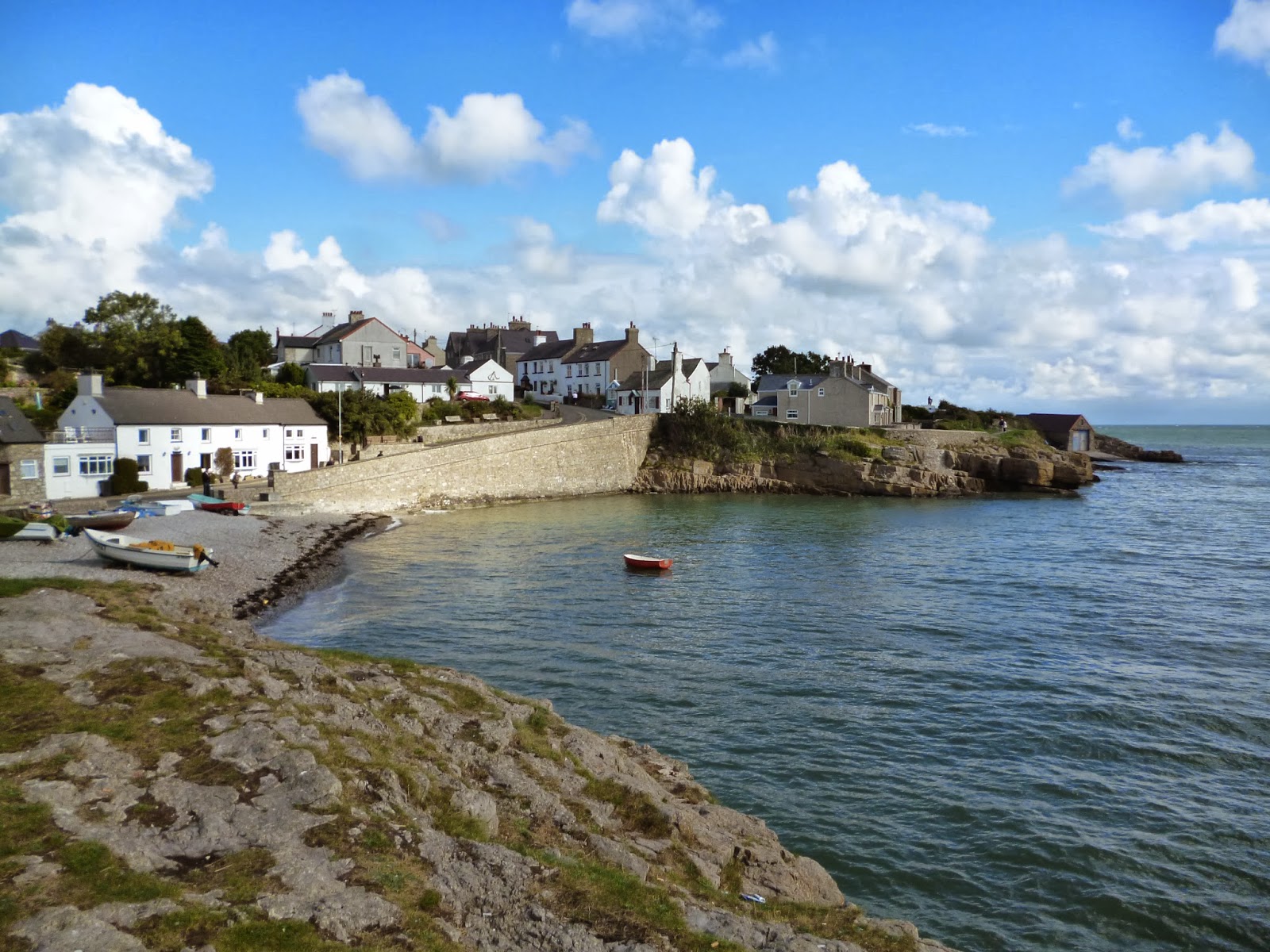