Red Wharf Bay, or Traeth-coch in Welsh, is an expanse of sand stretching from Llandona Beach to the resort of Benllech, with the small village of Red Wharf Bay in between.  Red Wharf Bay was once an important port, with records of trading going back to the 15th century.  The beach covers an expanse of almost 10 square miles at low tide, when it is tempting to cut across the sands from one side to the other, but care needs to be taken as the tide comes in very quickly, so it is best to stick to the high tide line.  The beach is hemmed in by two headlands and is backed by dunes and grassland.  There is a path leading from Red Wharf Bay harbour to the site of an Iron Age fort called Castell-mawr built onto a large limestone rock.  Today all traces of the fort are gone and the rock has been taken over by nesting seabirds. At Benllech the cliffs backing the beach are stuffed with fossils.  The presence of corals among them is proof that these rocks were once a subtropical seabed.  The birds which can be seen going about their business in the bay include oystercatchers, grey plover, purple sandpipers, curlew and dunlin.  There is also an abundance of seashells for the kids to collect.  Waterborne activities in the bay include sea kayaking, and there is a sailing and water sports club. 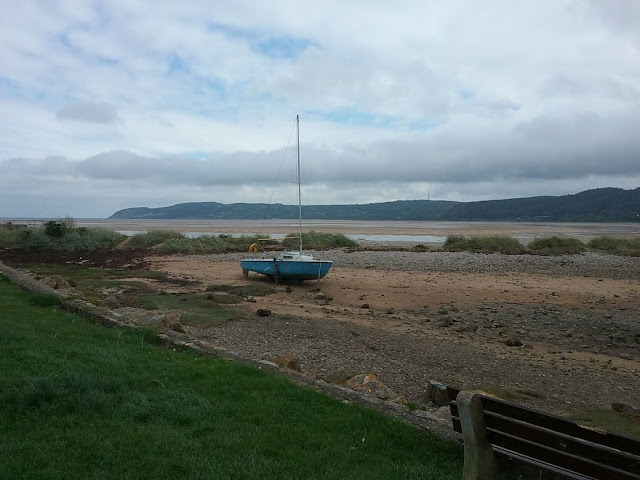