Inverkeithing is one of the oldest royal burghs in Scotland, the recipient of royal charters from William the Lion in 1139 and Robert III in 1399. However, its origins stretch back much further than that. The Roman Governor of Britain Agricola is thought to have set up camp here between 78 and 87 AD. The year 1651 saw the Battle of Inverkeithing, part of the Wars of the Three Kingdoms, between the English Parliamentarians and the Scottish Covenanter Army. The English won the day, giving Oliver Cromwell control of the Firth of Forth. As well as a range of attractive old buildings, the town has an interesting Mercat, or Market, Cross topped with a royal unicorn carved in 1688. Inverkeithing Museum is housed in a medieval friary also known as the Greyfriars Convent, which was once used as the Franciscan Convent’s guesthouse. The friary gardens are an attractive public park. The shipbreaker’s yard at Inverkeithing was the last resting place of the famous Cunard liner Mauretania, which was taken there in 1965 to be scrapped. There is footage of the ship being broken up at the yard on the British Pathe website. 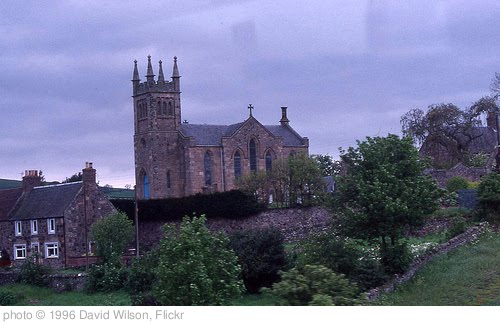